IS THERE ANY HOPE OR ONLY DESPAIR? 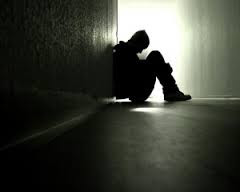 What do we do when the worst possible thing takes place?  How do we feel when we wake up and realize it was not just a horrible nightmare it really did happened?  If you have ever heard the words “I’m sorry it is cancer” or if you have had a close family member or friend commit suicide.  Then in a small way you have a sense of what Jeremiah was describing in Lamentations chapter three.  Jeremiah had preached and prophesied to nation of Judah telling them over and over to turn away from idols and to turn back to God. He warned them again and again that God’s judgment was coming.  He told them that captivity and death were waiting.  But the people did not repent - and the horrors of war, captivity, and death overwhelmed them.  Lamentations is Jeremiah’s description of those dreadful and difficult times. He describes clearly what he has seen and what he is feeling.

In Lamentations three Jeremiah is brutally honest about what has happened to the people of Israel. He speaks passionately of the horrors of the invasion and the captivity.  These are the writings of an eye witness who is heartbroken over what has happened to Jerusalem.

Lamentations 3:1-2  I am the one who has seen the afflictions that come from the rod of the LORD’s anger. [2]  He has led me into darkness, shutting out all light.  (NLT)

Listen to the emotion - God has built prison wall around me - there is NO ESCAPE.  He put me in chains, and even though pour out my heart to Him but He refuses to hear my prayers.

God has ripped me in pieces like a savage lion.  He has left me helpless and devastated. Jeremiah has seen the horrors of the destruction of Jerusalem.  The slaughter of people and slaves being dragged away to Babylon.  He says he will NEVER FORGET this horrifying time.

But then suddenly in the midst of all the horrors of death and destruction there is a huge shift...

Lamentations 3:21-23  Yet I still dare to hope when I remember this: [22]  The faithful love of the LORD never ends! His mercies never cease. [23]  Great is His faithfulness; His mercies begin afresh each morning. (NLT)

I DARE to Hope - What?  How?  In the darkest times Jeremiah had ever face he stopped and focused once more on God and His FAITHFUL Love. Why?  Because he knew that God’s Love and Mercy never end.  But how can all of this be God’s love? How can these horrible things show His mercy?  Jeremiah accepted the fact that the people of Israel deserved judgment.  He had warned them and preached to them.  He called on them to TURN BACK to God but they refused.  The Faithfulness of God was seen in that He chose to discipline His people rather than to give up and totally destroy them.  Even in the darkest moments with the horror of all that has happened Jeremiah believes that God will keep His promises and restore His people.  God’s Mercy will replace His judgment.  This is Jeremiah reminding himself that God is just and merciful.

PRAYER: The words to this song by Stuart Townend are a great reminder and prayer.

There is a hope that lifts my weary head a consolation strong against despair
That when the world has plunged me in its deepest pit, I find the Savior there
Through present sufferings, future's fear, He whispers 'courage' in my ear.
For I am safe in everlasting arms, And they will lead me home.

There is a hope that stands the test of time,
That lifts my eyes beyond the beckoning grave,
To see the matchless beauty of a day divine When I behold His face!
When sufferings cease and sorrows die, And every longing satisfied.
Then joy unspeakable will flood my soul, For I am truly home.